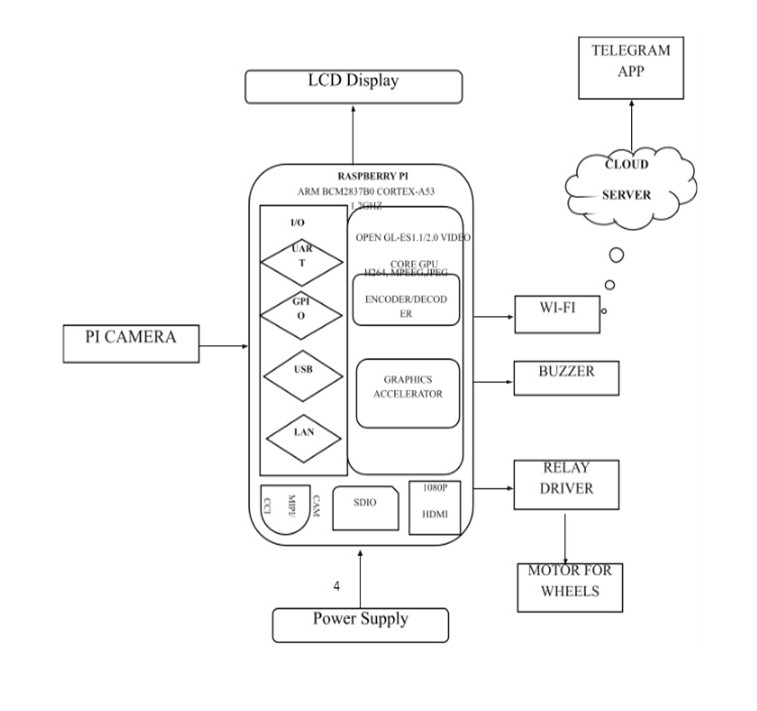 Agriculture is the backbone of our country. Agriculture provides food, raw materials and also occupation to a large portion of the Indian population. It plays vital role in the growth of country’s economy. The World Bank estimates around 50% of the Indian population will be in urban areas by 2050. In 2050 the percentage of agriculture labours and workers is estimated to be around 26%, which was once around 60% in 2001. Therefore, there is a need of farm mechanization in the country (Snowber Mushtaq et.al, 2018). Productivity of crops in agriculture is in great demand. For decades, agriculture had been connected with the generation of improvements in the farming technology. In this regard making agriculture smart, important contributions can be made by using emerging technologies like Vision Based IoT, which inculcates image processing techniques in IoT. The Internet of things (IoT) is the most efficient and innovative technique for developing solutions to problems in various human endeavours. IoT consists of different building blocks which include sensors, network components, software and many other electronic devices.

India is mainly an agriculture-based country. Agricultural farm security is important to protect the agricultural produce. Valuable investments can be ruined intentionally or unintentionally by a person who intends to rob or destroy the property or by animals. Introduction of modern technology into agriculture has enabled a view to think about building security systems for the farm lands. IoT technology helps in building various applications for Smart Agriculture. When Vision is embedded to IoT, the possibilities are endless. A new proposal for agricultural farmland vigilance is proposed in this paper. The proposed system employs Raspberry Pi board to detect any malicious activities or motion in the farm land and triggers the Pi Cam to take picture of the scene image.

The object in the image is identified by the image processing module through Single Shot detectors and Mobile nets technique of Deep Learning using Open CV installed in the Raspberry Pi board. This message is sent to the farmer as notification in email and telegram tool. The experiments are carried out on a farm land and the accuracy and consistency of the system are measured and tabulated. The results show that the system is 92% accurate and 100 % consistent for detecting malicious activity.